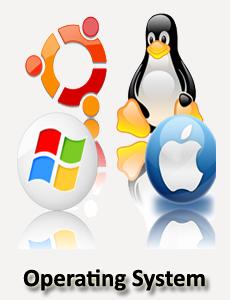 RAID stands for Redundant Array of Independent Disks. RAID is a method of storing data on multiple hard disks. RAID (Redundant Arrays of Independent Disks) is a method used to store data on Multiple hard disks therefore it is considered as data storage virtualization technology that combines multiple hard disks. It simply balances data protection, system performance, storage space, etc. It is used to improve the overall performance and reliability of data storage. It also increases the storage capacity of the system and its main purpose is to achieve data redundancy to reduce data loss. There are 7 levels RAID schemes. These are called RAID 0, RAID 1, RAID 2, RAID 3, RAID 4, RAID 5 and RAID 6.

RAID 0 - Non-redundant striping: This level is used to increase the performance of the server. This configuration has striping, but no redundancy of data. It offers the best performance, but it does not provide fault tolerance. 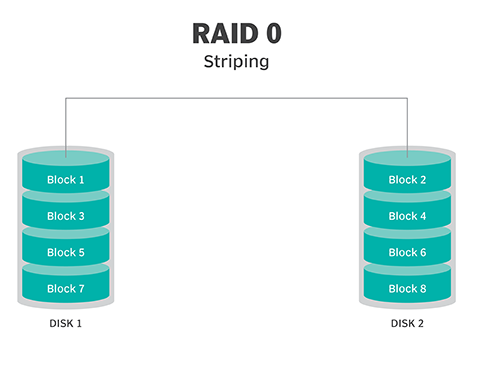 RAID 1 - Mirroring and duplexing: This level is also known as disk mirroring and is considered the simplest way to implement fault tolerance. RAID Also known as disk mirroring, this configuration consists of at least two drives that duplicate the storage of data. There is no striping. Read performance is improved since either disk can be read at the same time. Write performance is the same as for single disk storage. 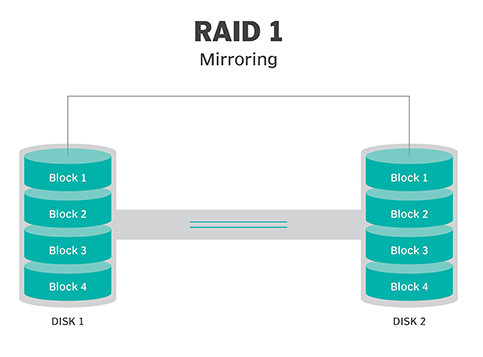 RAID 3 - Bit-interleaved Parity: This level requires a dedicated parity drive to store parity information. This technique uses striping and dedicates one drive to storing parity information. The embedded ECC information is used to detect errors. Data recovery is accomplished by calculating the exclusive information recorded on the other drives. Since an I/O operation addresses all the drives at the same time, RAID 3 cannot overlap I/O. For this reason, RAID 3 is best for single-user systems with long record applications. 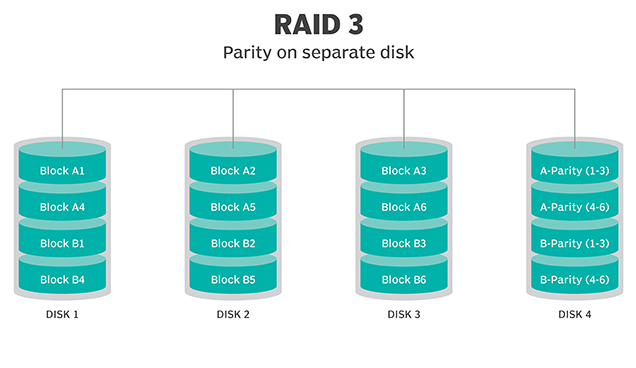 RAID 4 - Block-interleaved Parity: This level is similar to RAID 5 but the only difference is that this level confines all parity data to a single drive. This level uses large stripes, which means a user can read records from any single drive. Overlapped I/O can then be used for read operations. Since all write operations are required to update the parity drive, no I/O overlapping is possible. 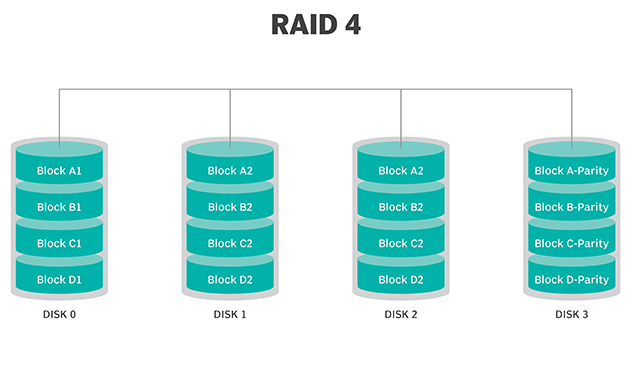 RAID 5 - Block-interleaved distributed Parity: This level provides far better performance than disk mirroring and fault tolerance. RAID 5 arrays are generally considered to be a poor choice for use on write-intensive systems because of the performance impact associated with writing parity data. When a disk fails, it can take a long time to rebuild a RAID 5 array. 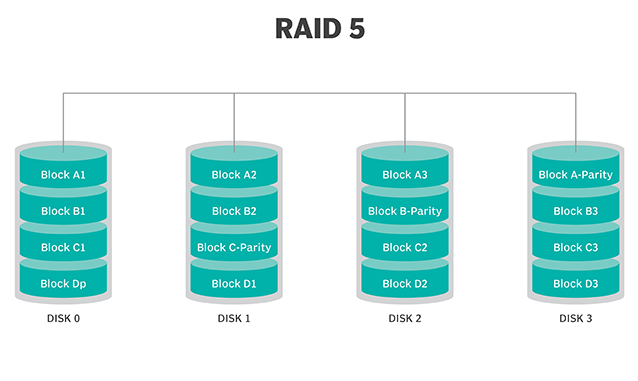 RAID 6 - P+Q Redundancy: This level generally provides fault tolerance for two drive failures. This technique is similar to RAID 5, but it includes a second parity scheme distributed across the drives in the array. The use of additional parity enables the array to continue to function even if two disks fail simultaneously. However, this extra protection comes at a cost. RAID 6 arrays often have slower write performance than RAID 5 arrays. 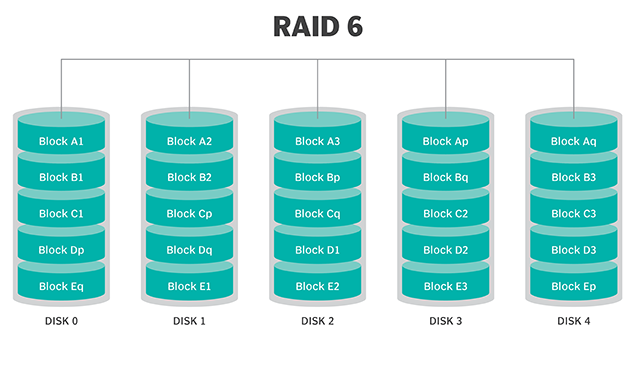 The benefits of RAID come from a technique called "striping," which splits up the stored data among the available drives. The "stripes" of data are usually a couple of megabytes large and are interleaved between the drives. The striping system also increases the mean time between failure (MTBF), when reading data. This allows more data to be read accurately in a short period of time. The benefits of the RAID system are especially noticeable when storing large amounts of data. Therefore, many Web hosting and Internet Service Providers use RAID to store data for their clients.

SSDs can use traditional RAID systems. However, RAID performance improvements do not accelerate SSDs, which are already considerably faster than HDDs.

In order to add value to RAID functions, some SSD vendors have developed proprietary RAID functions for all-flash arrays, including Pure Storage RAID-3D and Dell XtremIO Data Protection. They not only provide data redundancy in AFAs, but also accelerate SSD RAID performance by cutting the amount of I/O needed to update stripes.