It is a very simple and easy language, C language is mainly used for develop desktop based application. All other programming languages were derived directly or indirectly from C programming concepts. This language have following features; 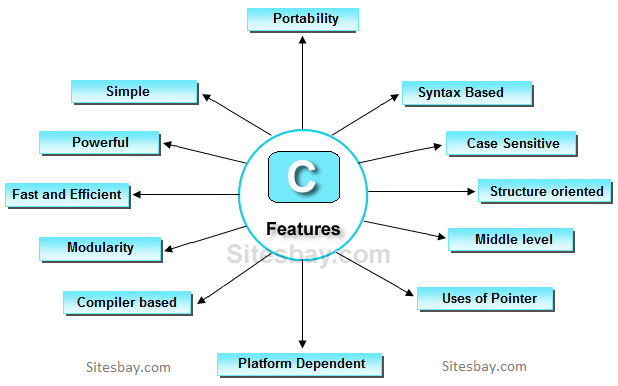 Every c program can be written in simple English language so that it is very easy to understand and developed by programmer.

It is the concept of carrying the instruction from one system to another system. In C Language .C file contain source code, we can edit also this code. .exe file contain application, only we can execute this file. When we write and compile any C program on window operating system that program easily run on other window based system.

When we can copy .exe file to any other computer which contain window operating system then it works properly, because the native code of application an operating system is same. But this exe file is not execute on other operation system. 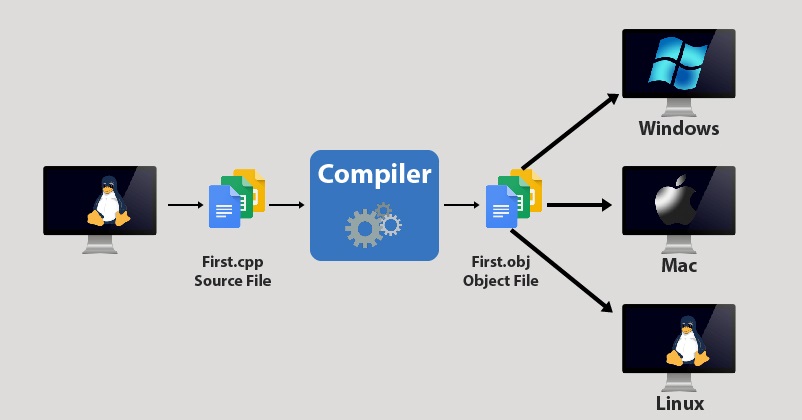 It is concept of designing an application in subprogram that is procedure oriented approach. In c programming we can break our code in subprogram.

For example we can write a calculator programs in C language with divide our code in subprograms.

C is a compiler based programming language that means without compilation no C program can be executed. First we need compiler to compile our program and then execute.

Efficient use of Pointers

Pointers is a variable which hold the address of another variable, pointer directly direct access to memory address of any variable due to this performance of application is improve. In C language also concept of pointer are available.