This topic is very important from exam point of view. So you need to memorize the positions of the alphabets so that you can handle each and every question based on this topic.

Here we will be discussing series of letters with repeating and non-repeating letters, numbers, letter-number etc. 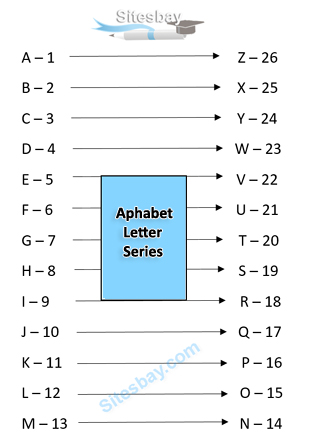 There are three types of letter series that we will discuss here. They are;

From A to M, the alphabet completes the first 13 letters that is the first half, while the second half starts from 14th letter that is it starts from N and ends at Z.

Concept of EJOTY: The positions of alphabets can be remembered with the help of this simple concept, you can easily find out the position of any letter without much effort. But it is advisable that you learn the positions of different letters in the alphabet.