Distance and direction is the measurement of position of an object or thing with respected to another one. All Directions questions are based on two principles Distance and Direction. There are four main directions - East, West, North & South and four cardinal directions - North-East (N-E), North-West (N-W), South-East (S-E), and South-West (S-W) as shown below; 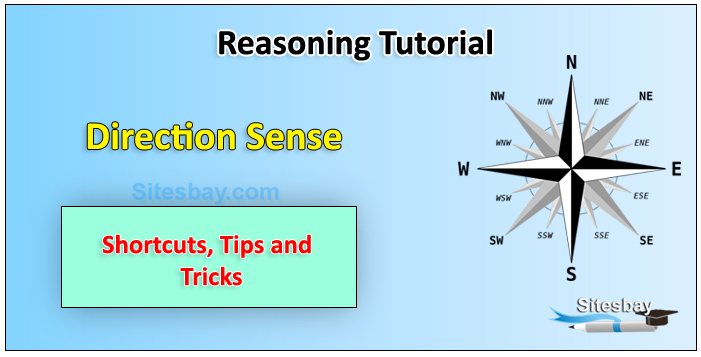 The first point you need to remember is that each main direction change undergoes a 90° change in direction e.g. from North to West/East it will be 90° change. But the change between North and North-east is only 45° 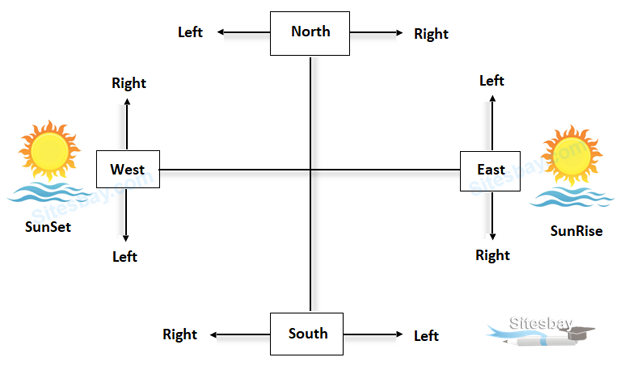 Direction is a measurement of position of one thing with respected to another thing.

Displacement is the measurement of shortest distance between initial and the final point.

There are four type of directions, viz. East West North and South. Sun rises in the East. Just opposite of East is West and South is in the opposite to North. 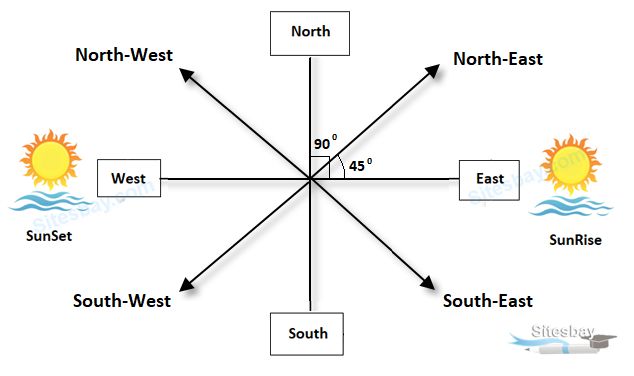 To solve angle movement questions. It is necessary to know about the rotations of angles which are given below; 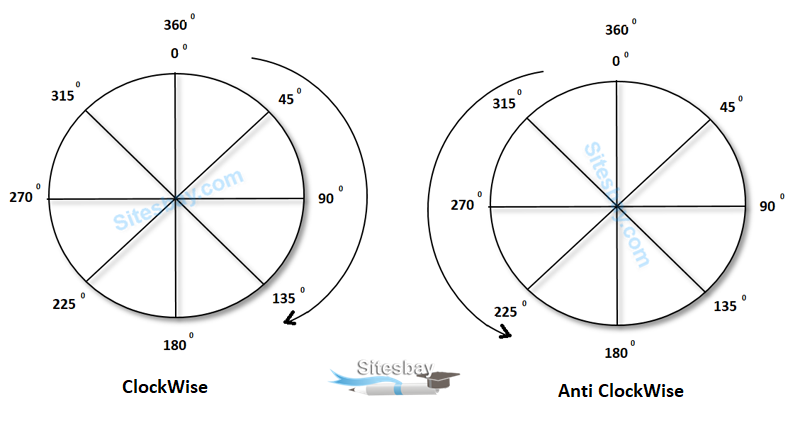 Question 1. One morning Udai and Vishal were talking to each other face to face at a crossing. If Vishal's shadow was exactly to the left of Udai, which direction was Udai facing?

Question 2. Rahul put his timepiece on the table in such a way that at 6 P.M. hour hand points to North. In which direction the minute hand will point at 9.15 P.M. ?

Question 4. A man walks 5 km toward south and then turns to the right. After walking 3 km he turns to the left and walks 4 km. And then he goes back 10 km straight. Now in which direction is he from the starting place ?

Question 11. Sobha was facing East. She walked 20 metres. Turning left she moved 15 metres and then turning right moved 25 metres. Finally, she turned right and moved 15 metres more. How far is she from her starting point

Question 12. Anuj started walking positioning his back towards the sun. After sometime, he turned left, then turned right and then towards the left again. In which direction is he going now?