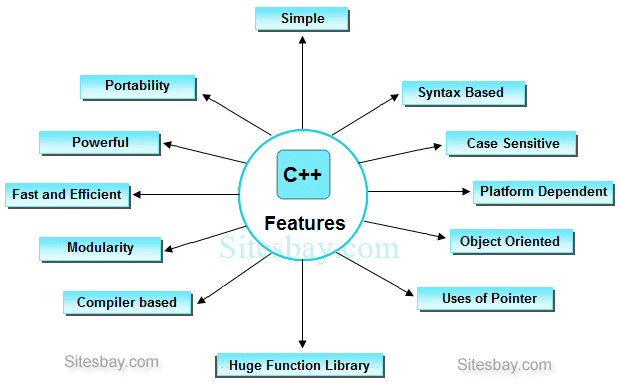 Every C++ program can be written in simple English language so that it is very easy to understand and developed by programmer. 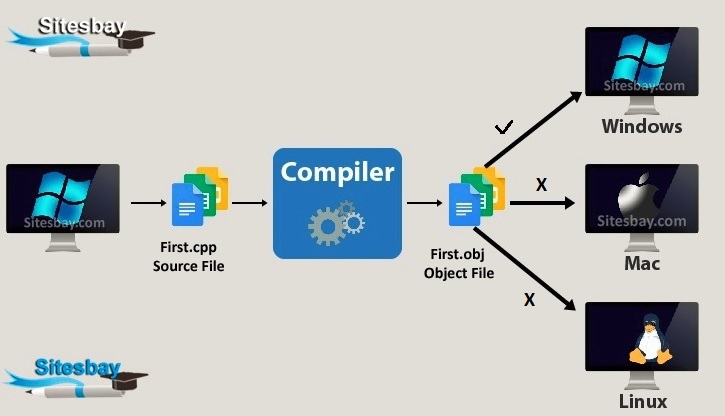 It is the concept of carrying the instruction from one system to another system. In C++ Language .cpp file contain source code, we can edit also this code. .exe file contain application, only we can execute this file. When we write and compile any C++ program on window operating system that program easily run on other window based system.

This main advantage of C++ is, it is object oriented programming language. It follow concept of oops like polymorphism, inheritance, encapsulation, abstraction.

Developers have access to lots of in-built functions provided by C++ language. This saves time & makes development fast. Let’s look at some of the C++ header files & functionalities provided by it. It is most important features of C++ programming language.

C++ is a case sensitive programming language. In C++ programming 'break and BREAK' both are different.

C++ is a compiler based programming language that means without compilation no C++ program can be executed. First we need compiler to compile our program and then execute.

Efficient use of pointers

Pointers is a variable which hold the address of another variable, pointer directly direct access to memory address of any variable due to this performance of application is improve. In C++ language also concept of pointer are available.