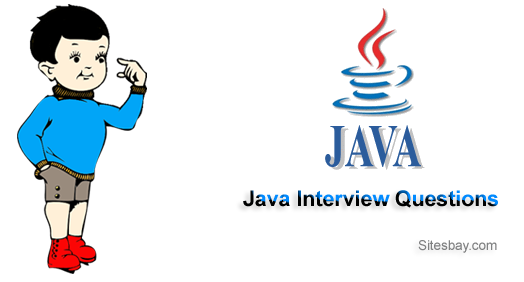 Why Java take 2 byte of memory for store character ?

Java support more than 18 international languages so java take 2 byte for characters, because for 18 international language 1 byte of memory is not sufficient for storing all characters and symbols present in 18 languages. Java supports Unicode but c support ascii code. In ascii code only English language are present, so for storing all English latter and symbols 1 byte is sufficient.

What is java and javac ?

Different Java programmers can have different styles and approaches to write program. By using standard Java naming conventions they make their code easier to read for themselves and for other programmers. Readability of Java code is important because it means less time is spent trying to figure out what the code does, and leaving more time to fix or modify it.

JVM (Java Virtual Machine) is a software. It is a specification that provides runtime environment in which java bytecode can be executed.

What is operation of JVM ?

Class loader subsystem will load the .class file into java stack and later sufficient memory will be allocated for all the properties of the java program into following five memory locations.

What is Main aim of JIT Compiler ?

The main aim of JIT compiler is to speed up the execution of java program.

Boolean data type takes zero bytes of main memory space because Boolean data type of java implemented by Sun Micro System with a concept of flip - flop. A flip - flop is a general purpose register which stores one bit of information (one true and zero false).

Why Java is Simple and easy

Java is simple because of the following factors:

How Java have high performance ?

Java have high performance because;

How Java is Platform Independent

A programming language or technology is said to be platform independent if and only if which can run on all available operating systems with respect to its development and compilation. (Platform represents Operating System).

Java is a platform independent programming language, Because when you install jdk software on your system then automatically jvm are install on your system. For every operating system separate jvm is available which is capable to read .class file or byte code. When we compile your java code then .class file is generated by javac compiler these code are readable by jvm and every operating system have its own jvm so jvm is platform dependent but due to jvm java language is become platform independent.

Difference between conditional and looping statement

Conditional statement executes only once in the program where as looping statements executes repeatedly several number of time.

Why a static block executes before the main method ?

A class has to be loaded in main memory before we start using it. Static block is executed during class loading. This is the reason why a static block executes before the main method.

Can we override static method ?

No, static method cannot be overridden.

Why we cannot override static method ?

Which Java operator is right associative ?

The = operator is right associative.

What is dot operator ?

The dot operator(.) is used to access the instance variables and methods of class objects.It is also used to access classes and sub-packages from a package.

Why use this keyword

When Need of super keyword ?

What is the difference between this. (this dot) and this() (this off).

this. can be used to differentiate variable of class and formal parameters of method or constructor.

Difference between static and final keyword

why main method is static ?

Because object is not required to call static method if main() is non-static method, then jvm create object first then call main() method due to that face the problem of extra memory allocation.

We can overload main() method ?

Can we override java main method ?

No, because main is a static method.

Difference between Path and ClassPath

Path variable is set for use all the tools like java, javac, javap, javah, jar, appletviewer etc.

Classpath variable is used for set the path for all classes which is used in our program so we set classpath upto rj.jar. in rt.jar file all the .class files are present. When we decompressed rt.jar file we get all .class files.

What do you mean by portable ?

If any language supports platform independent and architectural neutral feature known as portable. The languages like C, CPP, Pascal are treated as non-portable language. JAVA is a portable language.

Why use Import keyword in java ?

Import is a keyword in java language used to import the predefined properties of java API into current working java program. Import Statement in Java

What is Wrapper Classes ?

For each and every fundamental data type there exist a pre-defined class, Such predefined class is known as wrapper class.

Why use Wrapper Classes ?

The main purpose of wrapper class is to convert numeric string data into numerical or fundamental data. We know that in java whenever we get input form user, it is in the form of string value so here we need to convert these string values in different different datatype (numerical or fundamental data), for this conversion we use wrapper classes. Wrapper Classes in Java

protected members of class is accessible within the same class and other class of same package and also accessible in inherited class of other package.

private members of class in not accessible any where in program these are only accessible within the class. private are also called class level access specifier.