Sun micro system was given following conversions by declaring class, variable, method etc. So that it is highly recommended to follow this conversion while writing real time code.

Different Java programmers can have different styles and approaches to write program. By using standard Java naming conventions they make their code easier to read for themselves and for other programmers. Readability of Java code is important because it means less time is spent trying to figure out what the code does, and leaving more time to fix or modify it.

1. Every package name should exist a lower case latter.

2. First letter of every word of class name or interface name should exists in upper case.

3. Every constant value should exists in upper case latter. It is containing more than one word than it should be separated with underscore (-).

Note: if any variable is preceded by final keyword is known as constant value.

While declaring variable name, method, object reference the first letter of first word should be exits in lower case but from the second words onward the first letter should exists in upper case. 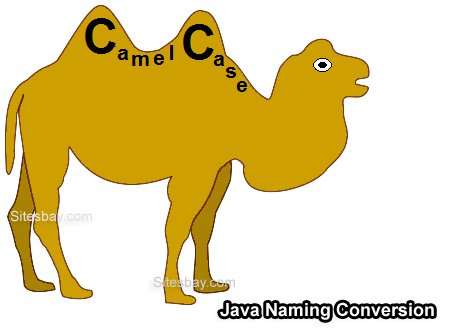