The process of obtaining the data members and methods from one class to another class is known as inheritance. It is one of the fundamental features of object-oriented programming.

The real life example of inheritance is child and parents, all the properties of father are inherited by his son.

The following diagram use view about inheritance. 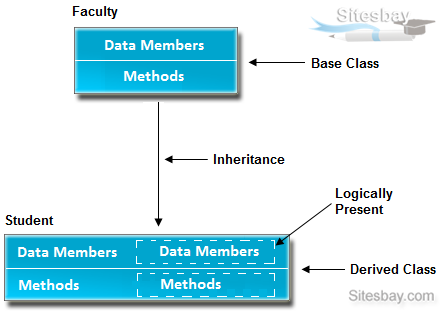 In the above diagram data members and methods are represented in broken line are inherited from faculty class and they are visible in student class logically.

If we develop any application using concept of Inheritance than that application have following advantages,

Based on number of ways inheriting the feature of base class into derived class we have five types of inheritance; they are:

In single inheritance there exists single base class and single derived class. 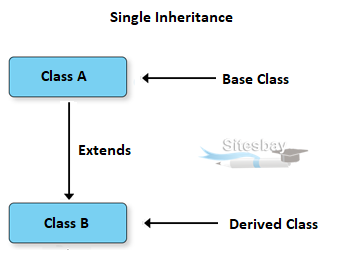 In Multilevel inheritances there exists single base class, single derived class and multiple intermediate base classes.

An intermediate base class is one in one context with access derived class and in another context same class access base class. 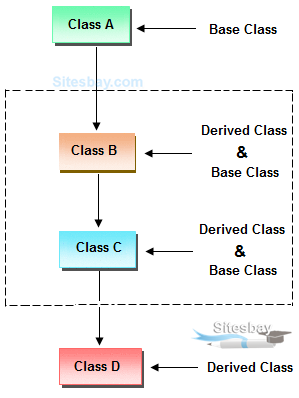 Hence all the above three inheritance types are supported by both classes and interfaces.

Combination of any inheritance type 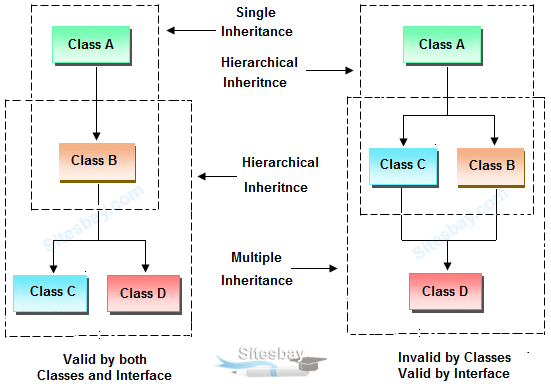 Inheriting the feature from base class to derived class

Why multiple inheritance is not supported in java?

Due to ambiguity problem java does not support multiple inheritance at class level.

In above code we call both class A and class B disp() method then it confusion which class method is call. So due to this ambiguity problem in java do not use multiple inheritance at class level, but it support at interface level.