A package is a collection of similar types of classes, interfaces and sub-packages. 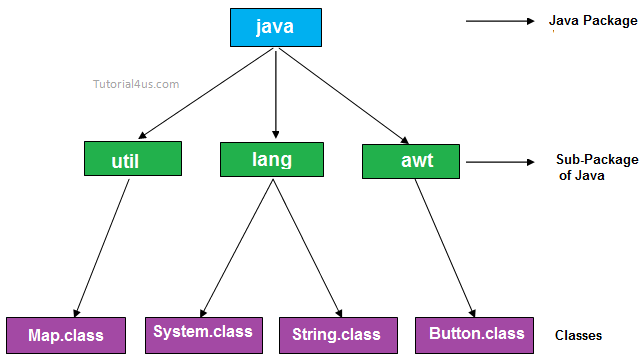 Packages in Java are the way to organize files when a project has many modules. Same like we organized our files in Computer. For example we store all movies in one folder and songs in other folder, here also we store same type of files in a particular package for example in awt package have all classes and interfaces for design GUI components. 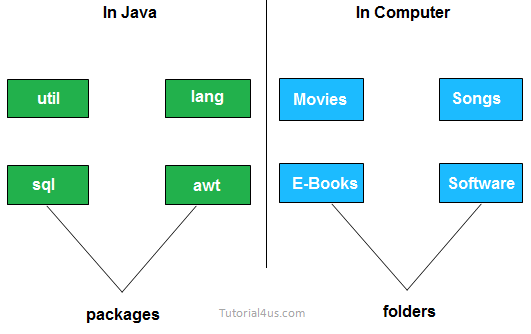 Package are classified into two type which are given below.

These are the package which are already designed by the Sun Microsystem and supply as a part of java API, every predefined package is collection of predefined classes, interfaces and sub-package.

If any package is design by the user is known as user defined package. User defined package are those which are developed by java programmer and supply as a part of their project to deal with common requirement. 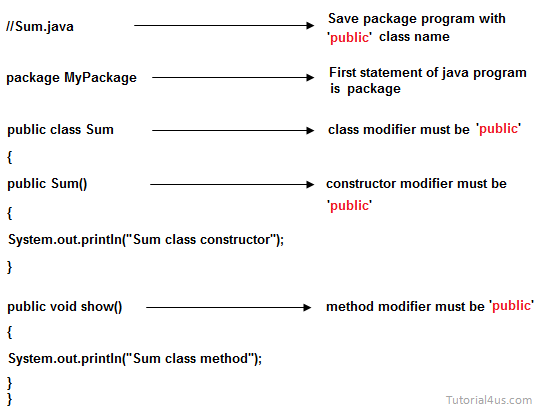 For compilation of package program first we save program with public className.java and it compile using below syntax:

Explanations: In above syntax "-d" is a specific tool which is tell to java compiler create a separate folder for the given package in given path. When we give specific path then it create a new folder at that location and when we use . (dot) then it crate a folder at current working directory.

Package program which is save with A.java and compile by javac -d . A.java

Import above class in below program using import packageName.className

Explanations: In the above program first we create Package program which is save with A.java and compiled by "javac -d . A.java". Again we import class "A" in class Hello using "import mypack.A;" statement.

Difference between Inheritance and package