Coin is a currency token which has two faces, one is head and other is tail. So, when throw a coin in air and when it lands it might have either a head or tail. Coin questions can be three types as shown below: 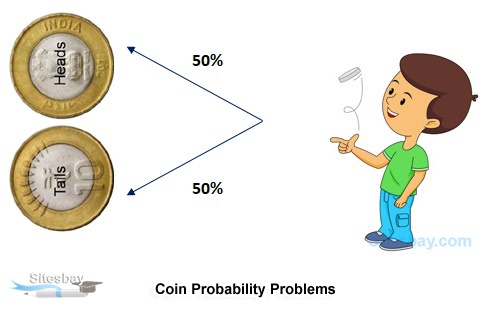 When a coin is tossed is only once then there can be two outcomes either a head or a tail. In such cases, total events = 2

Question: What is the probability of getting a head in a toss?

When two coins are tossed together or one coin is tossed in twice then following outcomes can be obtained.

Question: What is the Probability of getting at most one head on tossing a coin?

Three Coins or One Coin Thrice

Three unbiased coins are tossed. What is the probability of getting at least 2 heads?