Speed: Speed is defined as the distance covered by an object in unit time. 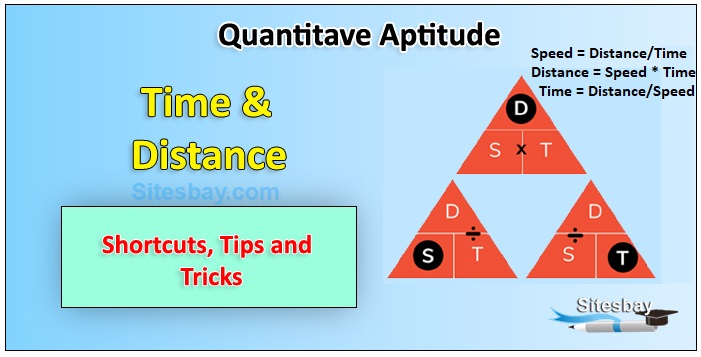 If a person travels a certain distance at x km/hr and returns at y km/hr, if the time taken to the whole journey is T hours then the one way distance is given by

If two persons A and B start their journey at the same time from two points P and Q towards each other and after crossing each other they take a and b hours in reaching Q and P respectively, then