What is Computer RAM

The Full form of RAM is Random Access Memory. RAM is a volatile memory means when computer is turned off, that data in RAM are lost. It is the main memory of a computer or mobile phones. You can change or erase your data in RAM. Your computer speed will increase with the increase in the capacity of your RAM. 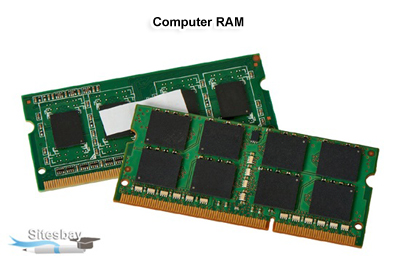 Generally RAM can be divided into two broad categories:

SRAM: Static RAM is much faster and more expensive than DRAM. It often functions as cache memory. Information in SRAM is volatile. It stores a bit of data using six transistor memory cell.

DRAM: Dynamic RAM is slower than SRAM. It stores a bit of data using a transistor and capacitor pair. As it is less expensive, most computers use DRAM. It is also a volatile memory.

There two types of operation that is performed on RAM and they are: